Her spoken essays on current issues in Britain followed by discussion with the host Phillip Adams has generated many fans in Australia, which she has visited on numerous occasions.

The death of Margaret Thatcher has recently fuelled immeasurable discussion and debate among both the media and the public.

Bea’s been actively involved in those discussions — you can hear two of her most recent contributions to Late Night Live here: 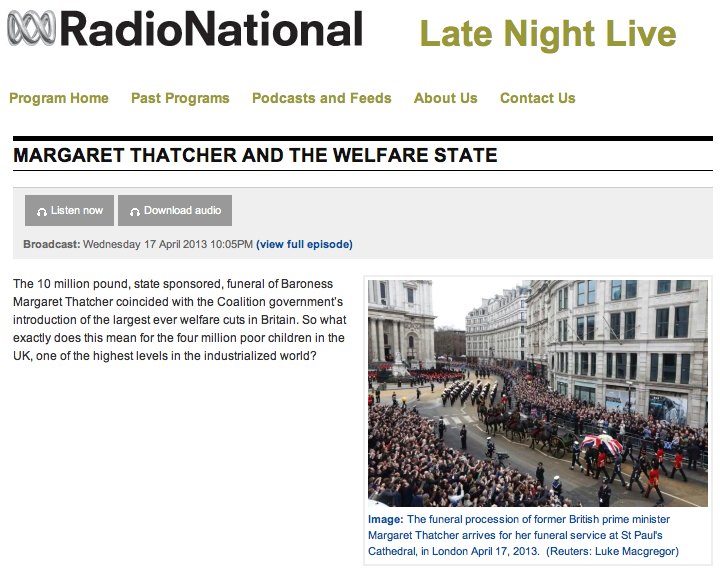 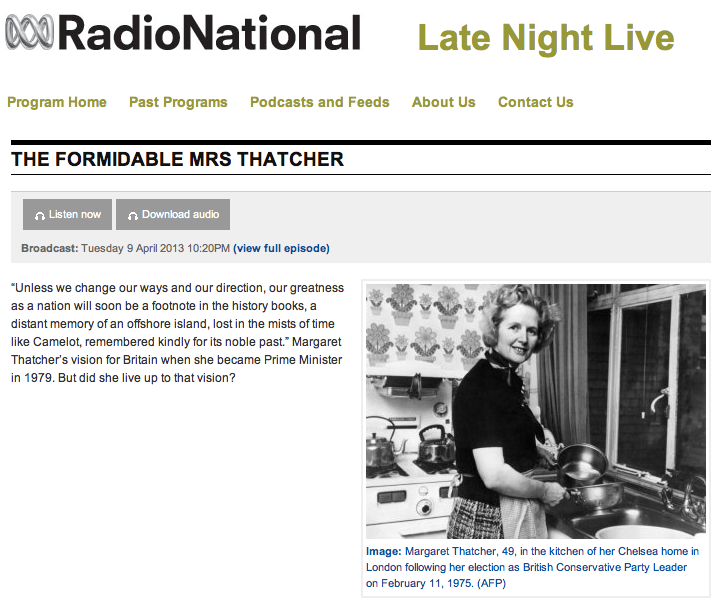