The Conservative Party mourns the death in January 2016 of one of its great players, Cecil Parkinson. He contributed greatly to public life, to the transformation of Britain by Thatcherism, the party said this week.

The woman was Sara Keays, his lover for 12 years, his secretary, companion and confidante. She was a resilient, respectable middle class woman from the fastnesses of Conservative England.

Her tragedy was to trust an ambitious Tory politician, and to vest her own political ambitions in proximity to power. 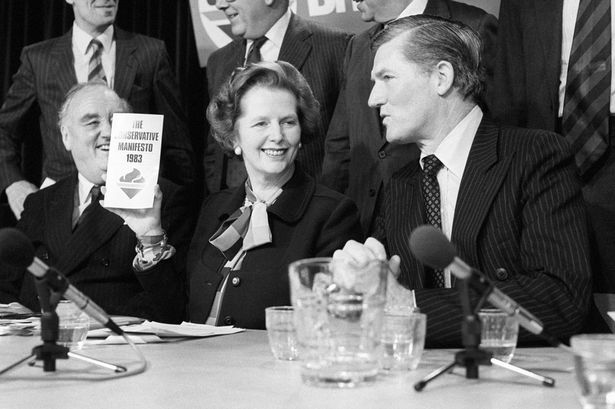 What remains unnoticed is that Cecil Parkinson not only repudiated the woman he’d loved, spent his days with, and relied on since the early 1970s and refused to acknowledge their daughter, but — unbeknown to Keays — killed off her political ambition.

He got her kicked off the Conservative Party candidates list for the Bermondsey by-election following the resignation of the Labour incumbent Bob Mellish in 1982.

The journalist Frankie Rickford once described powerful men’s promiscuous dependencies on women as being like a modern version of a harem: wives at home and surrogate wives at work.

Cecil Parkinson’s relationships with women — his wife, his secretary, his leader — were an exemplar. He was a suave lieutenant of Thatcherism, he was regarded as a beautiful performer, an adroit party manager and strategist, and he blessed those around him with charm, flirtation, political panache and promise.

But his career was serviced, and sometimes sponsored, by women.

The moralism of ‘traditional values’ that was promoted by the Thatcherites was well understood in the 1980s to be intended not for the Tory elite but for the masses.

Sara Keays is blamed for his demise in 1983. Yet Keays was no more to blame than his wife, his leader or any other woman. He was to blame. It was as if the act of putting himself inside a woman was nothing, as if the pregnancy was nothing to do with him.

His party, too, was to blame for not reading the runes of a society whose sexual culture was being shamed and enlightened, by women — more sexually tolerant and more alert to consequences.

Cecil Parkinson was a favourite of his party and above all of Margaret Thatcher. When he confessed to her on the night of the 1983 General election that he’d been having an affair with his secretary, Thatcher refused to let him go. 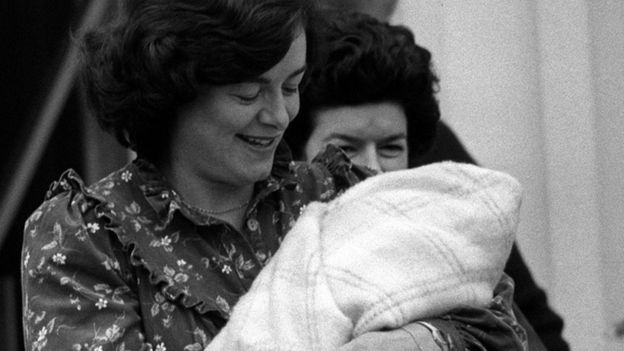 But pregnancy — that was another story. He hadn’t told her about that. Thatcher only learned of it from a letter written to her by Keays’ father, Colonel Hastings Keays.

The letter arrived next day and she presented to Parkinson at a lunchtime meeting. Thatcher still didn’t dump him: he was given trade rather than the Foreign Office.

Sara Keays lost him, of course, and by the autumn party conference he announced that he would remain with his wife and children. He would never speak to Keays again: she was, indeed, a woman scorned. Sara Keays had refused to go quietly to the abortion clinic and decorous obscurity.

She wanted to be recognised not as mistress, not as a phantom of collective fantasies about him, but as herself.
So, it wasn’t ‘kiss and tell’ when she produced a book, A Question of Judgement, in 1985. Certainly, she laid trails, little clues deigned not to betray him or the government but to show that she had been important enough to him to share state secrets.

She wanted her reputation, she wanted be recognised as a considerable person, as a woman who had been loved for a long time, who had been respected by Parkinson and who felt that she deserved respect in her own party.

But their relationship was the traditional personal-political contract served on women by powerful men: his social prowess, his comings and goings (while she served and waited) meant that his power was manifest whilst his dependency was covert.

The Parkinson scandal was not so much about morality: it was not unusual for Cabinet ministers to have their harems — wives at home, ‘wives’ at work; and it was not the only time the Tories were confronted by their own contradictions.

Men were assumed to be sexually incontinent. Parkinson was not expected to be responsible for his ‘private’ life — that was women’s work.

During my research in the 1980s on Iron Ladies, a book about Tory women, all the women I asked blamed her. She must have known what she was doing, they said, ‘Well, men! They don’t do they.’ said one of them, echoing all.

They grieved for their loss of Cecil, not just because the party lost his political charisma, but because their fantasises about this man had been ruined by reality. His decline and fall — like his power — was eroticised.

They longed to save this Icarus, to protect him — but from what?

She was blamed for ruining him and worse: by declining to go quietly, she had revealed the reapolitik of unequal romance which cost her reputation and her own political career.

She exposed the sexual division of labour in Conservative political culture: the illusion that proximity to power gave women power.

Sara Keays told me that she had subordinated her own political ambitions to his. She had been on the candidates list for Parliamentary elections.

‘The events of 1983 ended my career. The party refused to have anything to do with me and never gave me any reason for taking me off the candidates list.’

What Keays had not known was that before the 1983 by-election in Bermondsey, Parkinson had intervened to get her off the Tory short-list for the south London seat.

During the scandal, she said, the then party chairman John Gummer called her in for a meeting. It was all over. But they ‘never put anything in writing,’ they never explained, they never apologised.

It was clear, ‘Cecil’s position in the government could only be secured by minimising the scandal, which was done by belittling his involvement with me and concealing that he’d consistently lied to us.

‘Various Tory supporters in the media have written about him as my victim. He’s paid the price and served his sentence. It was acceptable for my career to be destroyed.’

She wondered whether, had she been a politician already, ‘my position would have been secure. But because I wasn’t, people had very little to go on — perhaps they thought I hadn’t lost anything.’

By 1985 everyone expected Parkinson to be fully rehabilitated. But the Daily Mirror published extracts from Keays book about this saga, including vignettes about the Falklands war cabinet.

Not because she was about to share those secrets, but to show that she knew stuff, that she’d been important to Parkinson, she was somebody.

His obituaries celebrate his charm and adroit political intelligence. They don’t recall his punitive court action banning any public reference to their daughter Flora, his reluctance to contribute financially to her care, his refusal to acknowledge her personally — never a card, a gift, a word.

Keays is still cast in the role of the woman scorned. She was, of course, scorned. But not for what she exposed about him, more for what she insisted upon disclosing about herself:

She risked shame to protect her own dignity. She was defending her honour.

But if women like Sara Keays knew that they were, and are, indispensable to men’s power, they were wrong to imagine that it would be reciprocal.

Being necessary to men always meant that power-sharing between men and women was unnecessary.