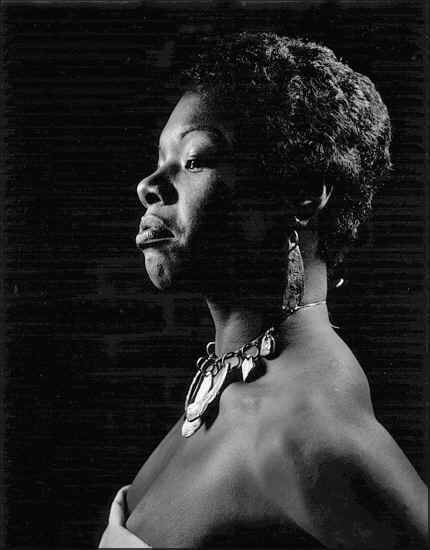 I am a woman
Phenomenally.
Phenomenal woman,
That’s me. 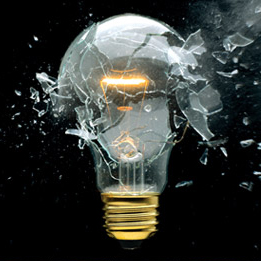 Back home. Mud to show for a mind-expanding sojourn at the HowTheLightGetsIn Festival at Hay, a parallel event to the annual book jamboree that takes place every May in this town-of-many-bookshops.

HowTheLightGetsIn is only six years old, and it does what maybe nothing does in our culture — it brings great minds, ordinary minds, curious minds, philosophers, physicists, political theorists and activist scholars together — all of them as participants.

There is a lovely democratic esprit.

I was fortunate to be doing both — talking (about End of Equality) and listening. This year, its spirit was signified by mud.

LSE sociologist Catherine Hakim turned up in baby-pink shoes (was she carried in a sedan chair?), as if her feet were her manifesto. By contrast, green wellies were de rigeur for the philosopher Mary Midgley, who was extraordinarily busy at Hay this year. 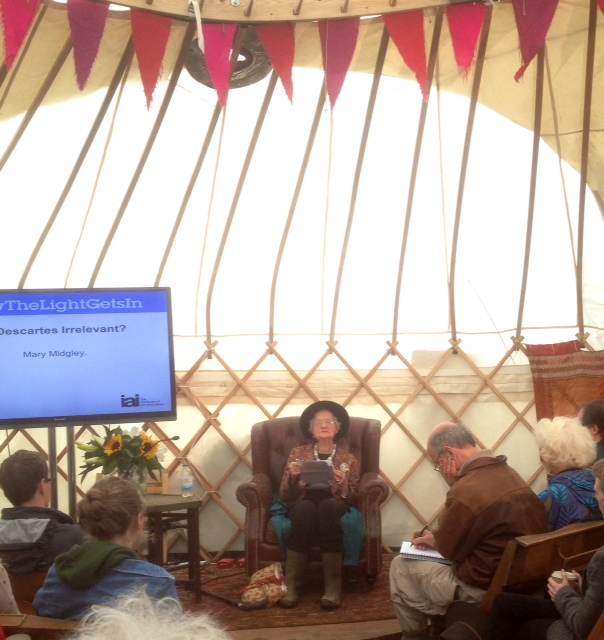 Midgley becomes exponentially more prolific with advancing years — she is 94 — as she smothers brittle Darwinists with the tough soft tissue of really wise, big knowledge and philosophical ‘good sense.’

I wish I could have got in to hear Mr. Scruff. Sold out.

And I wish I could have heard cosmologist Laura Mersini-Houghton, theorist of the multiverse — in contrast to universe — debating with particle astrophysics pioneer John Ellis, their research on the origins and structure of our universe/s…

“I think this is a wonderful place to come and release these things,” Mersini-Houghton told Observer journalist, Tracy McVeigh, “As a scientist you are isolated, and I have spent the past five months locked up with equations. It is wonderful to come here and see people’s eyes light up in front of you as they get it. The big scientific questions are just as interesting to everyone.”

She said it: this festival lets the light in. It’s a way of thinking — people gathering, listening, speaking, dancing, chilling — about philosophy and music and everything in between, is democratic: speakers mingle with everyone; heroic intellects get to share their thoughts with people like us, who are, of course, people like them.

To paraphrase John Ellis’ book, ‘A Theory of Everything’, HowTheLightGetsIn is a smart challenge to the lowering horizons and narrowing aperture of what passes for politics — it encouraged and enabled everyone to be interested in everything. 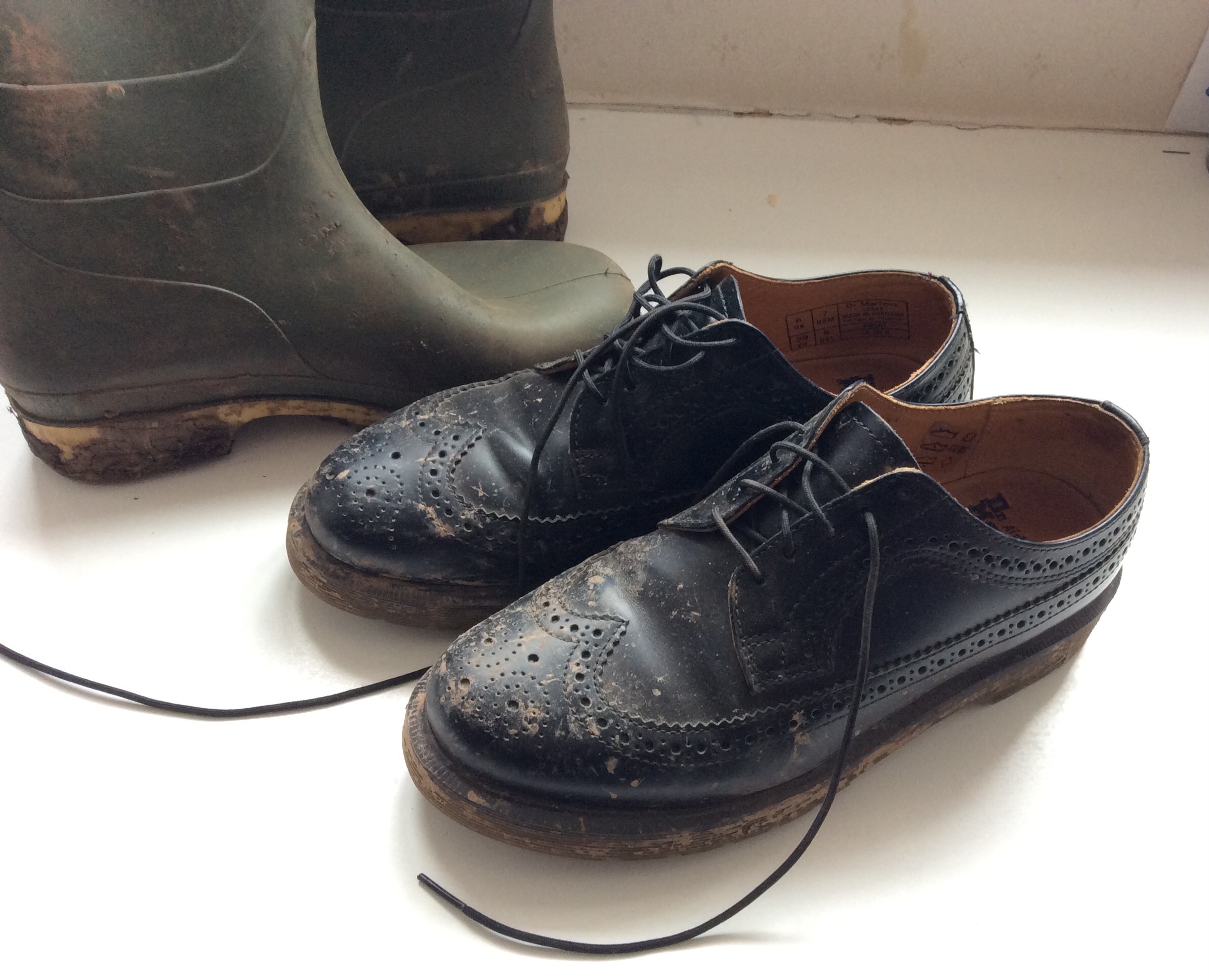 Odd, isn’t it, that sexism is indulged as just silly? That’s how it seemed in my conversation on Radio 5 Live this week Richard Scudamore’s sexist correspondence with colleagues who run the elite pantheon of football. Scudamore’s Premier League mates decided against any further disciplinary action. Scudamore himself said he would do his utmost to support women in the game. And we will await with interest news about just what he, and the league, propose to do to kick sexism out of the league — and, in particular, out of  Scudamore’s conversations with his colleagues.

The worry is that the Premier League and Scudamore will ride the row, feel furious, appear contrite, and do nothing. They will enjoy the indulgence of those who reckon the row itself is silly, like sexism is, well, just silly.

His friends — including senior women in the game, have rallied: he’s not sexist, they say. So why did he not only tolerate but participate in sexist talk? They seem to live in a capsule sequestered from the great changes shaking the world. They need to get out more and see what the rest of us see. How else will they help Scudamore as a person and as a professional sort out the institutionalized sexism in football?

The usually witty, cuddly and clever journalist Matthew Norman reckoned the row about sexism in football prompted by the exposure of Scudamore’s horrible correspondence was concerned with stuff that was just ‘witless’ and ‘silly’. He wrote in the Daily Telegraph that Scudamore was just being a Neanderthal pillock. Oh, we are obliged to reply, that’s all right then. Furthermore, this was ‘private’ correspondence.

This notion of the ‘private’ is a dodgy alibi: What’s private about writing this stuff at work, in work time? On the Premier League’s email? To colleagues concerned with the business of the Premier League? About female colleagues in that business? In emails that his PA — another colleague — is required to read as part of her duties?

The former PA, Rani Abraham, who revealed this sexist stream of unconconsciousness to the Daily Mirror – and risked her own professional life – reminds us, however, that there is no such thing as private when you are in your professional/public function, when you are Richard Scudamore, the boss of a business at the heart of national culture, when the stream of sexism runs through your public/professional function.

Scudamore, after all, runs the corporate elite of British football. There are 20 top clubs in his business. He and they have some responsibility for the ethos of an industry from which they profit, and which they have pitched at the heart of popular culture.

Football culture has been a notorious proponent of prejudices of which UKIP would be proud. But it is not a homogenous blob – there are football fans that don’t want the beautiful game to be associated with sexist, racist, capitalist crap. They’ve launched campaigns for cultural revolution that are about more than being nice to women or black people, that are about a different ethos of masculinities being made in the football universe.

But the recidivists profit from reform whilst laying hold of any old excuse to do nothing.  At first the FA whimpered that this was a Premier League row, beyond the remit of the FA. Well, maybe this is the time for the FA to find a voice and a brain, and rediscover its power in the game.

Matthew Norman suggested in our conversation of Radio 5 Live that the row needed a ‘bit of nuance’.  Well, what would be more nuanced than the clarifications that emerged in the week after the revelations?

At the beginning, commentaries circulated around misconceptions: the idea of ‘private’, the problem of FA or Premier League jurisdiction and responsibility. Now the debate has aired the relation between public and private: there was nothing private about Scudamore’s correspondence, it was professional, conducted in his professional milieu, about other professionals. It wasn’t even secret — Scudamore’s PA was required to read his correspondence so that she could manage his life for him.

We’ve learned something about sexism, too: it is no longer the zeitgeist: from Sports ministers, to football bosses, to campaigners trying to reform its culture – from Kick it Out to Women in Football – to the commentariat and you and me, we’ve learned that a lot of people think sexism isn’t silly.

Prime Minister David Cameron didn’t think it was silly — he told Radio 5 Live on Monday that such correspondence among ministerial colleagues would be a sacking offence. Matthew Norman agreed that ‘the sooner they change the better’ but he didn’t  offer any suggestions about how; and — as a football fan — didn’t take responsibility for making that happen. All these big, powerful men, just being silly, eh? But the silly alibi doesn’t address just how these men might stop being silly (and sexist and racist); it doesn’t take responsibility for change. We used to send children down the mines. Now we don’t. Change happened — but it didn’t just happen. People made it happen. And that’s why the response to Ms Abraham’s revelations is a contribution to change: she showed us what these men really think of women. She has, therefore, given the people who have some power in football a gift to effect change.