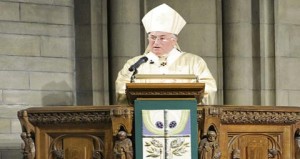 Ten years ago I wrote this story: the eloquent voices of Nazareth House orphans.

The Catholic Church took no responsibility then for sexual abuse, harm and humiliation of very vulnerable young children in their care.

The Scottish hierarchy is in disgrace: homophobia,and priestly abuse have thrown it into crisis.The children it harmed are still waiting for the Church to confront its own history.

Don’t let anyone think the crisis is just about arch-bigot Cardinal O’Brien.

Since when have so many women have been urged to be so violent? Kick him in the cojones, shins, and knees! Elbow the thorax. Bite the bastard. All sackable offences, and, as it happens, the least likely and, most certainly, the least alluring response to a man sexually harassing a woman.

But we’ve been hearing these tactics being counseled here there and everywhere as the way to deal with a ‘groper’ – aka a man sexually harassing a woman – following a week of really brave women calling powerful men and party leaders to account for institutionalised sexual harassment. That’s among those who admit that sexual harassment is not on.

There are others who don’t think it matters much; its not like real sexual abuse, they say. Often these are people who have not risked their reputations by taking the side of people who have been sexually abused.

Laughing Lord Tony Greaves reckoned that if sexual harassment was a resigning matter then ‘around half the male members of the Lords over the age of 50 would probably not be seen again.’

Lady Shirley Williams, a noble parliamentarian, is not known as a champion of the victims of sexual crime. She told the BBC that her party’s former Chief Executive, Lord Rennard, now under investigation by the Metropolitan police, was ‘a very fine man.’

She ventured that Jimmy Savile’s abuse of children was ‘the bad stuff’ but she did not believe ‘anything that’s been said about our chap is in that category.’ Who said it was? But she then maligned the women who had, after many years of self-protective – and humiliated – silence, spoken out: the women’s allegations against Rennard had been ‘hopelessly exaggerated’.

That’s not what the police think – Scotland Yard is now investigating Rennard. Women have, however, confirmed that they felt emboldened to come forward after the Savile case had changed the nation’s consciousness.

Oxford scholar Allison Smith, who had once hoped to be a Lib Dem candidate, said she had been encouraged by the ‘change in culture’, to go public about Rennard’s alleged harassment. 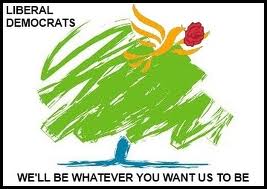 Williams needs to explain what, exactly, is being exaggerated. Does she think the women who have brought their complaints to the Lib Dem leadership or to the police are themselves exaggerating, lying, or does she think that the problem of sexual harassment as such is an exaggeration? In either case she has some explaining to do.

Explain, Lady Williams, why so many women in your party are prepared to risk their own privacy and perhaps even their careers as Lib Dem politicians to expose serial harassment in the same party culture that also tolerated serious, serial sexual abuse.

The police have investigated the story — interred for decades — of serial sexual abuser Cyril Smith MP, and concluded that he was a serious offender who would, these days, be prosecuted. Smith and Rennard are not, of course, comparable. But they inhabited, and were protected by the same party culture. The behaviour of both was well known in the party.

There is no question about it: the Lib Dems stupidly, smugly, turned their back on feminism; didn’t confront sexism and, inevitably, therefore, accommodated sexually predatory behaviour by men.

What the Lib Dems did not understand is that defining harassment and abuse clarifies what is, and is not, appropriate behavior. Like laws and procedures on drink and driving, seat belts, smoking, hate speak, racist chanting at football matches, hitting children, cultures reach a consensus about public safety and public manners. They are connected.

Loss of confidence in cultural renovation, the mocking of so-called political correctness, which – lest we forget – sponsored the campaign to kick racism out of football, has stalled the recognition that sexism – like racism – sustains abuse, disrespect and bullying.

The response to the Lib Dem women, whose charges have been corroborated, has been, predictably polarized. The most remarkable feature of this debate has been the fortitude of women in politics and the media: Cathy Newman at Channel 4 and Nick Clegg’s former special adviser Bridget Harris explained helpfully that women are even supposed to feel that brushing off the predatory men is ‘the feminist response’. Au contraire, she insists, ‘our silence is not shame. It is self-preservation.’ The problem is ‘the power imbalance’ that makes protest futile and even self-destructive.

These women have been met by a chorus complaining that t’was ever thus; well, its not as bad as real abuse is it; they should not stand for it, brush it off, bash him in the balls.

This inducement to either silence or violence been compounded by some nasty body stuff which compounds the disrespect for women by the language of contempt for the man. In an otherwise creditable critique of sexism in parliament and the press, Allison Pearson lowers the tone by describing Rennard as a ‘slug’.

Rod Liddle – always reliable as a barometer of choleric white man’s intemperance – adds in The Spectator that Rennard is a ‘lardbucket.’

As if harassment by a svelte Fifty Shades of Grey Christian Grey or Brad Pitt would have been not offensive but charming.

All of this, of course, averts our gaze from the people who are the problem – the perpetrators and their cultural comfort zones. It brings pessimism and denial to the possibility that marauding masculinities can be reformed.

The Lib Dems’ disgrace, however, has been society’s gain: we all now know the open secret of sexism in the party and the mass media. And these institutions now know that they’ve got to sort it.