Watch the hands of young men in prison, moving pens across the page, and you see a story scrolled on their scarred fingers and bulging, busted knuckles. Their heads bowed in concentration, lips sometimes moving as they spell words to themselves or ask, how do you spell before…or gate? And yet they have more to tell us than we might imagine about a passion for violence. 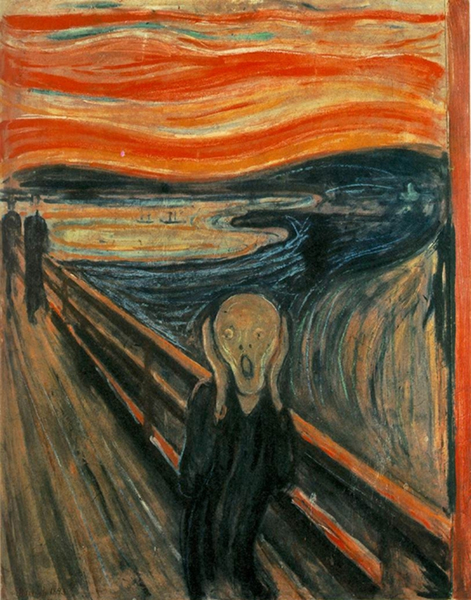 As a Writer in Residence in prisons between 2005 and 2007, I’d gaze at these young men’s heads and hands as they’d write about everlasting love – their relationships are usually in crisis; about their babies’ births – so many are dads; their life stories – ‘I could write a book!’

I’d promise them that they’d surprise themselves, that they would do some beautiful writing and they would discover what that feels like.

Before I started this, I thought I knew about violence. I’ve been writing about it for years. These narratives by self-confessed, card-carrying thugs got me thinking, though, about the logics of violence: how much they love hurting people – and getting hurt.

This emerges when they focus on what actually happens: when their knuckles hit walls, when wrists break, bottles scrape scalps, when their knives slip into someone’s skin or kidney. The first, exasperating answer to questions about what it feels like, is usually: ‘nothing’. Even if it were true – and it isn’t – feeling ‘nothing’ demands effort, however.

As a journalist I’ve interviewed many men and women who have killed someone. Bombers, kidnappers, snipers, all with a cause; men who kill women who rejected them, men who like killing women; women who kill men who have put their lives in peril. But prisons are swelling with boys and men whose dangerousness is ascribed to nothing much: postcode killing, turf, peer group pressure, self-defence, to just…this or that. These terms conceal as much as they claim to reveal.

My favourite word, why, isn’t much use in this context, it rarely attracts answers beyond the banal. But the journalistic mantra: ‘who, what, where, when’ allows us to delve.

Fighting appears to be without cause. It isn’t, of course. What these young men in prison tell us that there are causes. And more, there is cause: They believe they’re making themselves as men. The project is domination, pain, power…They represent themselves as soldiers and troops. But the discipline of writing discloses to us and them how they build their hatreds, how they invest in hazard. They spread macho mayhem, but they also do themselves serious damage.

A prodigious fighter said if we saw him from the top deck of a bus we’d think he was ‘a terrorist’. Then he eloquently deconstructed his ‘scraps’. Bashing someone again and again with broken knuckles was not about loss of sensibility – he wasn’t out of control. He says he loved pain. ?His affrays produced pleasure. Combat was also an invitation, an incitement: he wanted to be wounded. His injuries banished other psychic agonies. He provoked pain because it gave him corporal peace.

The young men I met in prison, with lined paper and pens and wounded hands, all seemed to know what this means. They read each other’s writing and recognise themselves; the unsaid becomes an open secret.

I suggested to them that writing is a way of sorting stuff out. They don’t do it for grades, it doesn’t meet any targets, but it is useful. ‘This mattered, miss,’ said one statuesque, silent young man, on his last day inside, gripping his prize: his text, in print. These young men’s writing does not celebrate violence – even if that’s what they usually set out to do – it clarifies its dreadful allure.

Bruffy is serving five years for offences associated with violence and weapons. He is 21 years old and has been in and out of prison many times. He wrote this piece about the last time he was released.

I got through the gates, I could see my mum and dad in the car.? It is a big moment for all of us. I hadn’t seen my family for four months,? I was lively but I sensed it was complicated.
My dad says, ‘Hello son, good to see you.’ He’s smiling.
My mum doesn’t turn round, she doesn’t look me in the eye. I could hear her tears.

But I am imagining the looks on my friends’ faces, my boys.
And me top boy again, back on the scene.
I get dressed and I’m feeling good, bouncing. I’ve got £500 – half of it from the postal orders my mum sent my in jail.
I see my boys. Instantly it was like I’d never been in prison, forgotten.
Now it’s not ‘I’ve changed me ways.’ Its ‘I fucking soldiered it.’ It’s
‘what’s happening?’
The life I live is party time, danger.
I get a gun, I’m eating tomazies, I’m uncontrollable.
‘Can I have some money?’ Every day I do the same: wait for my mum to come home from work, have an argument, get money, go out.

What I’ve put my family through is enough for a lifetime –
I’ve took the piss, robbed them blind.
My mum is good to me.
My mum would give me her last £1.
But she doesn’t influence me. I give her nothing.
I’m a horrible person. I feel so guilty.
When I’m in jail
. That’s when I start thinking.

Prez served nearly a year for prolific fighting when he was 19 years old. Here is his exercise in empathy, a new work in his lexicon: he writes about his girlfriend’s feelings, and explains his own. Only towards the end of his sentence did he write about his childhood.

You’re my boyfriend, in crime.
The fighting and the drugs are taking over you
. When I see you, crew to crew,
I see my boy rowing and swearing.
You look like a terrorist with a devil inside.

I’m the most important girl in you life
I never again want to see you in a hospital bed.
With a machine plugged in you.
To keep you alive
I want you to stop.
But I know I don’t matter enough.

Me and my boys we love to fight.
The pain we gain is what we live with
. Love and crime, its all pain.
Love is a pain because the one you love is always on your back
. ‘Don’t do this, don’t do that.
But you are doing it, and at the end of the day
you are going to lose your girl.? Crime is pain, “I love to fight
. Hitting a lad for the first time is lovely.
The pain you gain will be the pain you love
. You’ll have the power.

My knuckles are broken, at first I feel nothing.
Long enough to hit him again
. The pain starts when I am calming down.
And moving my fingers about. And the pain I gain makes me forget the
pain that I bottle up.
All the time, all my life.
The pain has been there inside of me since ever I can remember.

In my body, all over; When my mum was getting knocked about by my
dad.
And then my mum wasn’t giving a fuck about us all
. It was like my dad knocked it out of her

Then I couldn’t trust my mum.
Couldn’t rely on her. I became a devil
. Mum couldn’t control me at all
. I didn’t like pain at that point –
that came later, when I was older, when I was fighting.

Gegs is serving a life sentence for murder. He is 21 years old and a powerful presence on the wing, whose pleasure writing his life story inspired several other young offenders to put pen to paper.

I’m not a psychopath. I’m a thug. A thug just fight and fights and fights.
I’ve been fighting since I was ten years old, I’ve been carrying knives
since I was 14 years old. I’ve been threatening and terrorizing people.
I like it. But I don’t want to die. And I don’t want other people to die.
My life story is about this. I seek pain, I appreciate pain.
I think about causing pain and being in pain.
The pain I really desire is laughing pain. It relieves me, calms me.
I never want to die, but I love being at risk. And I love surviving.
It gives me a fright: I freeze I don’t flinch,
I stand firm, knowing I’m going to go through something terrible.

I did not really know what I’d done until the prosecutor stood up and
said, ‘do you plead guilty or not guilty to Section 18?’
Who was this lad? I didn’t know. I still don’t know.
‘Guilty.’ Guilty of what? I didn’t know.

I felt so angry, I was coming down off the drugs, sick, I wanted to throw up, but I didn’t. My head ached, like my brain was loose, banging on my skull. When I closed my eyes I saw red. My fingers were twitching, red; covered in blood, not mine. I couldn’t clench my fist; pain. Somebody else’s, I didn’t know who. My skin was pale, white, very white and rougher than tar.

The man I did not know

A group of lads had stared at us, we held their gaze.
‘Let’s s have it then,’ I said. We were all throwing punches, kicks. I see
black red.
I see a knife in a lad’s hand. I pull my knife from my sock, the knife
plunges into his side.
I don’t know this lad.
I shout, ‘Do you want more?’
I pulled him towards me and slowly trailed the blade across his throat. He
begged for his life. I watched the knife on his throat.

Writing and reading this, I’m feeling sorry for that man. I was affected by his panic.
I decided not to kill him. I buried the knife into his thigh, stood up, spat at the man I didn’t know. My boys said, ‘you’re crazy.’ For nearly killing the man whose name I do not know.

I see the car window, my arm moves back,
My fist is clenched, hits the car window, smash.
Pain shoots up my arm, to my elbow and then to my knuckles.
I spread my fingers and clench my fist again.
It wasn’t stinging pain. It was laughing pain.
I punch again. Every pain I get I start laughing.

Anger is always there, it makes me want to fight. I don’t want to.
So I bring a different kind of pain to me. It gets my anger away…

I hit him and watch him go down, wobbling, wobbling.
I see him run out. I order a pint, the barmaid pushes it over, we both drop
it. We both say sorry.
A girl runs up to me, ‘they’re fighting outside, go and help them.’
A lad comes running at me with a metal bar. I grab my knife from under the pool table, I plunge the knife into him. I pulled the knife out, then the knife goes in.
I heard him shouting, ‘Why are you doing this?’…

I feel shady, tight, horrible. Other prisoners say to me, ‘What you in for?’
I tell them what I’ve done. Murder. Their faces light up. Excitement,
they’re talking to a murderer.
I feel nothing, nothing at all.